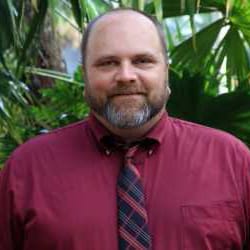 As the Assistant Vice President for Academic and Career Success at Florida International University (FIU), Charlie Andrews is responsible for working with all of the academic colleges, schools, and departments to coordinate and support all of the academic advising and career readiness initiatives. He works with a team of individuals to ensure adequate and ongoing training and professional development initiatives for more than 100 professional academic advisors. His responsibilities include oversight for the Center for Academic Success, Career & Talent Development, College Life Coaching, and University Academic Advising Initiatives. Charlie has worked at FIU since 1999 in various positions including Assistant Vice President for Undergraduate Education, Director of the Academic Advising Center, Director of Campus Life, Director of Orientation & Commuter Services, Assistant Director of Orientation & Commuter Services, and Academic Advisor. Andrews has over 20 years of experience in higher education and prior to coming to FIU, he held various positions in academic advising, student activities, Greek life, and new student orientation at Bowling Green State University, Clemson University, and Heidelberg College. He holds a Bachelor of Science degree in Mathematics Education from FIU, a Master of Arts in College Student Personnel from Bowling Green State University, and a Doctor of Education in Higher Education Administration from FIU. Andrews has presented at several regional and national conferences and has conducted external reviews of orientation and advising programs for institutions such as University of California-Davis, Colorado State University, Oregon State University, Pennsylvania State University-Abington, and the University of Minnesota. Charlie has also held several leadership positions within professional organizations including serving as President of the National Orientation Directors Association from 2004-2007.